To propose or oppose? That is the question... 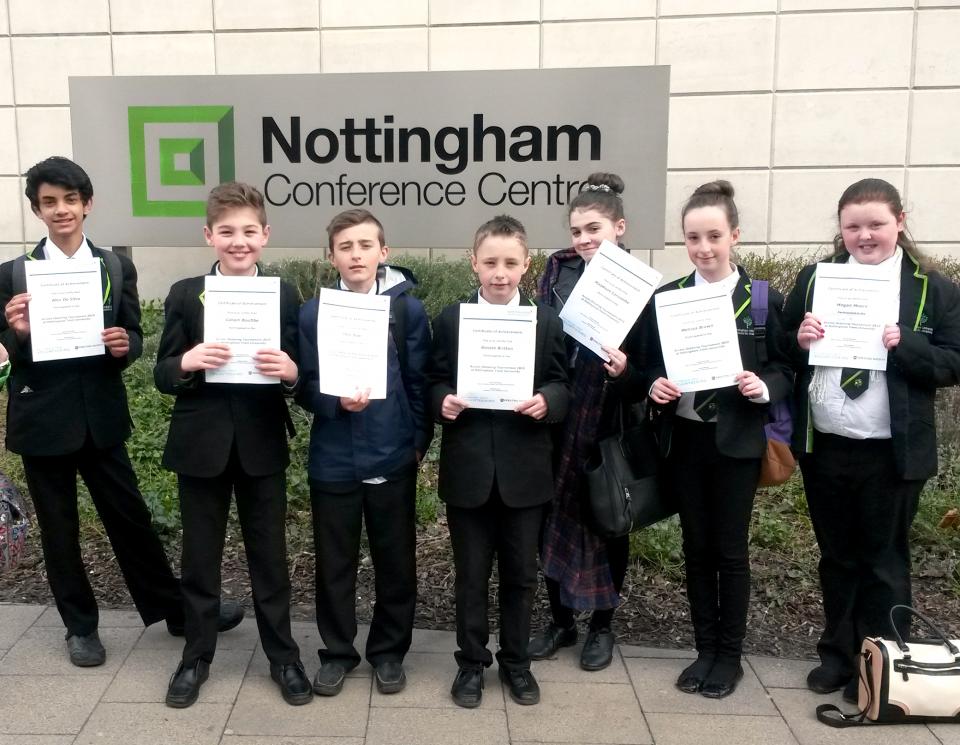 Congratulations to all of the Year 6 and 7 students from Djanogly Strelley Academy, Brocklewood Juniors, Melbury Primary, Portland Spencer Academy and NUSA, who took part in the Nottingham Trent University Debate Day on Wednesday 25th March in the City Centre.  Based in the prestigious Newton Building, the day saw pupils work alongside debate society members from the university, who mentored the school teams through proposition and opposition points on topics such as 'Should fatty foods be banned in schools?' and 'Should our Police be armed?'.

Two teams, Portland Spencer Academy 1 and NUSA Team 2 made it through the rounds to take part in the final, to debate whether 'the UK Government should send more financial aid to poorer countries?'  After a thrilling round of opposing points, Portland Spencer Academy were awarded the win and all students were commended for their hard work and enthusiasm, being presented with a certificate. Students were given the chance to tour the university campus and to hear from real undergraduate students, what life at university is like.  We hope to see some of our students walk those same campus halls in a few years time!