Uniforms, Facebook and Video Games: Year 7 debate with their mates! 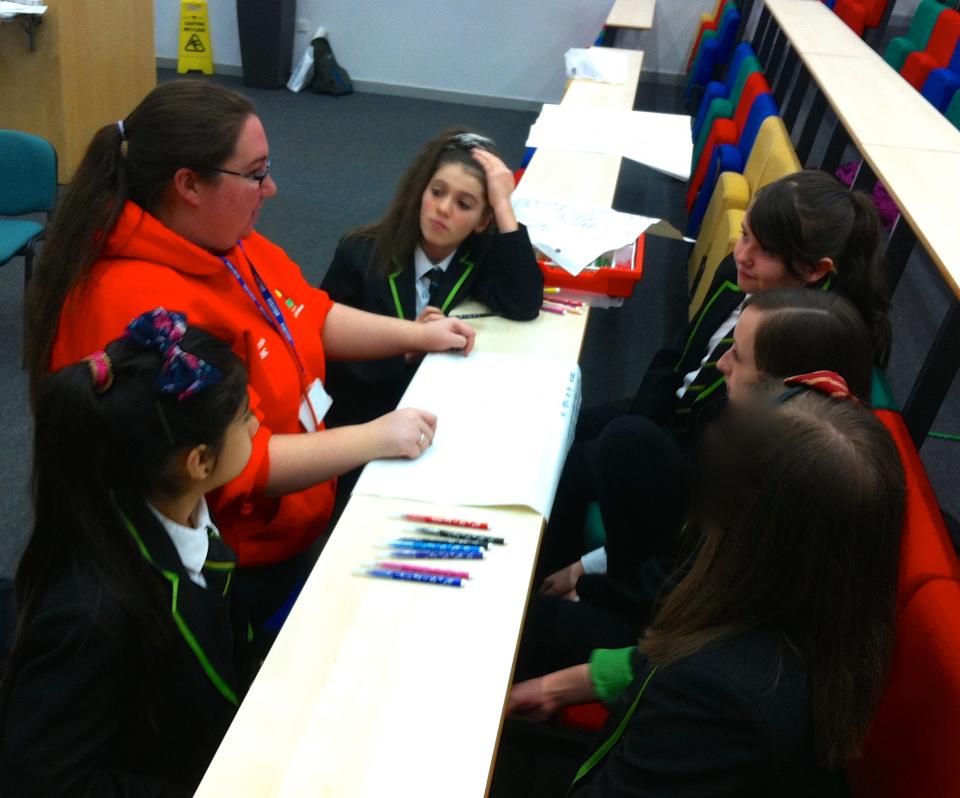 On Wednesday 11th March, Year 7 played host to Law and Public Health students from Nottingham Trent University, to learn how to take part in a formal debate.  The project aims to develop the pupils' literacy and communication skills as well as build their confidence. Debating enables people to think for themselves, to form their own opinions and to ask questions about what they know about the world. The project culminates in a Transition Debating Competition, organised by Keys to Success EIP, to be held at Nottingham Trent University on March 25th and eight Year 7 students will form the team to represent the Academy amongst Year 6 pupils from our feeder primary schools.

Students from Class 7a, who regularly practice debating skills in their English lessons with Mrs Tice, were invited to observe a debate between university students Rhiannon and Izz A’Qeel, who were debating whether "violent video games should be banned?".  Rhiannon stood for the banning these games and spoke about the dangers of 'normalising violence', where Izz A'Qeel opposed the ban, stating that this would be a restriction of freedom of expression and denying the right to democratic discussion on these matters.  NUSA students were then questioned about their views, how the debate was conducted and were then divided into small teams to debate whether students should have to wear school uniform?

Teams then took part in a formal debate, expressing views and presenting counter arguments and the NUSA team was formed.  Eight students then went on to work with Rhiannon, Izz A'Qeel and Becky, to prepare for the competition at Trent University on 25th March.  We will update you on how the NUSA team progresses in the competition and you can find out more about debating at www.debatemate.com