CalendarLettersNewsletterExamsStudyUniformParentsRemote
For home learning please use the 'Subjects' tab at the top of the page and search in each subject separately. 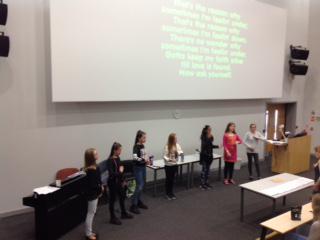 The NUSA Sign Choir - During the summer term we focused our song on the many people who lost their lives prematurely, particularly those in the Manchester bombing - our song was 'Where Is The Love' by The Black Eyed Peas which was performed ft Arianna Grande at the benefit gig which raised money for the people who lost members of their family in the blast.