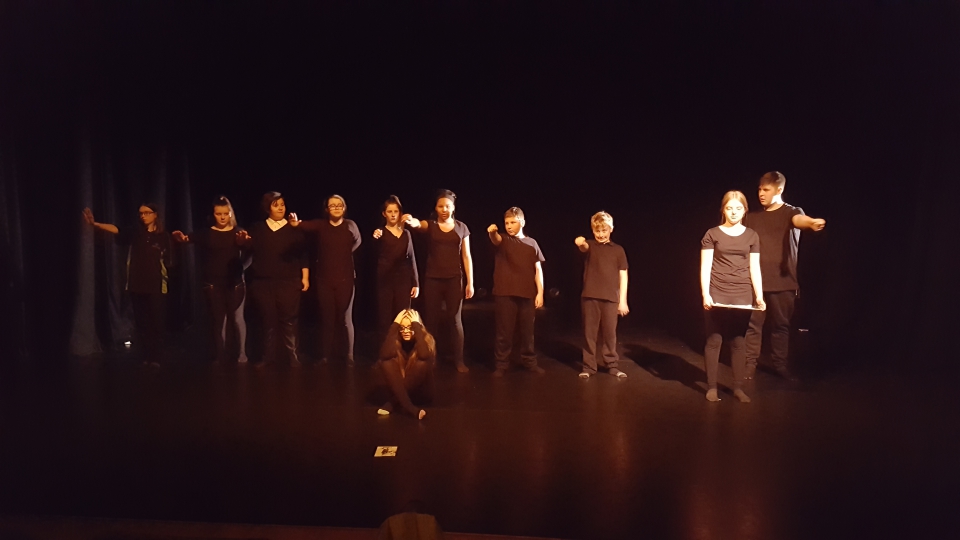 Last night, NUSA Young Company took part in a technical rehearsal in preparation for their one night only performance of their devised piece, 'Have You Seen My Boy?'

Directed by Ms Stephenson and Mr Bell, the piece follows the story of a mother desperately trying to find her son, who she believes is still alive.

The group were formed especially for the Young Creative Awards, this competition taking place tonight [03/05/2018] at 7:00pm. Many of the young people have never performed in public before and this is the first time they have had the opportunity to take part in a drama project. The students performing are:

Both Ms Stephenson and Mr Bell are extremely proud of the students and wish them the best.